The aim of the talk is to analyze the  gradual emergence of a specific epigraphic praxis adopted by Jews. This development, evidently, is strongly related with the continual process of self-definition which affects the Jews, both in contact with Hellenistic-Roman culture and in strong competition with the growth success of the Christians groups and communities that, too, are in close relationship both with Jews and “Gentiles”. 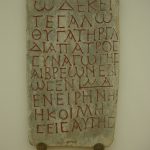 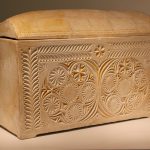 The changed role of Christians in the Roman Empire after Constantine, and moreover under Theodosius at the end of IV century CE, lead us to analyze the use of the epigraphic medium by Jews also in connection with the changing relationships that Jews and Christians have with the displays of the political power.