Places of Burial and Funeral Rituals from Medieval Jewish Communities in Europe: Comparison of Archaeological Data

Up until very recently, the history of medieval Jewish communities remained little known and was only viewed through the prism of written sources. Since the 1980’s, developer led excavations across Europe have produced new data which has helped to renew our knowledge of these populations and their way of life. The archaeology of Judaism is an emerging discipline, which encompasses different domains, including the study of ancient burial grounds. 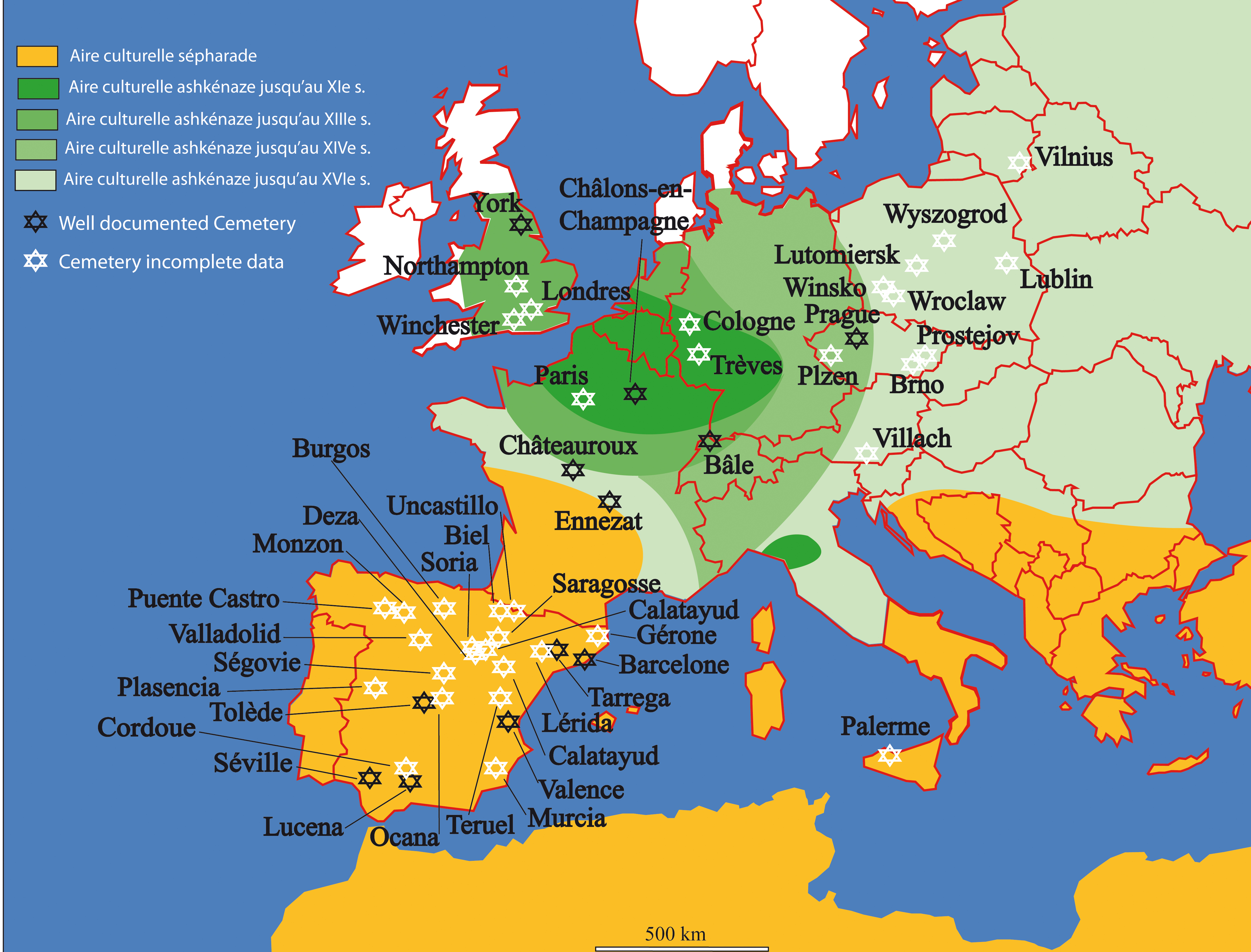 Nearly fifty sites have been excavated for nearly a century and we are now able to make a first appraisal of these cemeteries, which still remain all too rare. However, on all the sites that have delivered funeral remains during an excavation, only ten have delivered enough graves and information to be able to use the data effectively.

Location map of the Jewish cemetery of Chateauroux, France

The funeral rites of these populations may now be approached through archaeological evidence that may then be confronted with written and iconographical sources. This allows comparative studies of burial practices within the different cultural zones of Judaism (Ashkenazim and Sephardim), as well as in relation to Christian and Muslim communities. One of the goals is the development of means to identify these Jewish cemeteries, since they are still often misunderstood and, in some contexts, may go unnoticed, especially in the absence of characteristic or inscribed gravestones. The ultimate goal would be to show that archaeology contributes greatly to the renewal of knowledge in funerary data for the Jews of the Middle Ages.