The Jewish Settlement and Cemeteries in Mediaeval Prague

During 1997–2000 extensive excavations were undertaken in the area of the so-called “The Jewish garden” in the Vladislavská street (nos. 1390/II and 76/II). The medieval Jewish cemetery, it was presumed, dated according to documentary evidence to 1254–1478, was completely devastated after its abolishment by later post-medieval development, and reburying of the remains was pursued up to the 18th century. Documents indicate that the area of the “The Jewish garden” was roughly situated amongst the Lazarská, Spálená, Jungmannova and Purkyňova streets. Since the plots of houses no. 1390/II and 76/II were proclaimed “The Jewish garden” cultural heritage monument, these excavations provided the first and last opportunity to examine and survey this area.

The excavation is unique, according to available information, in examining the original surface of the cemetery, which is almost never performed in detail, since it is usually not preserved. 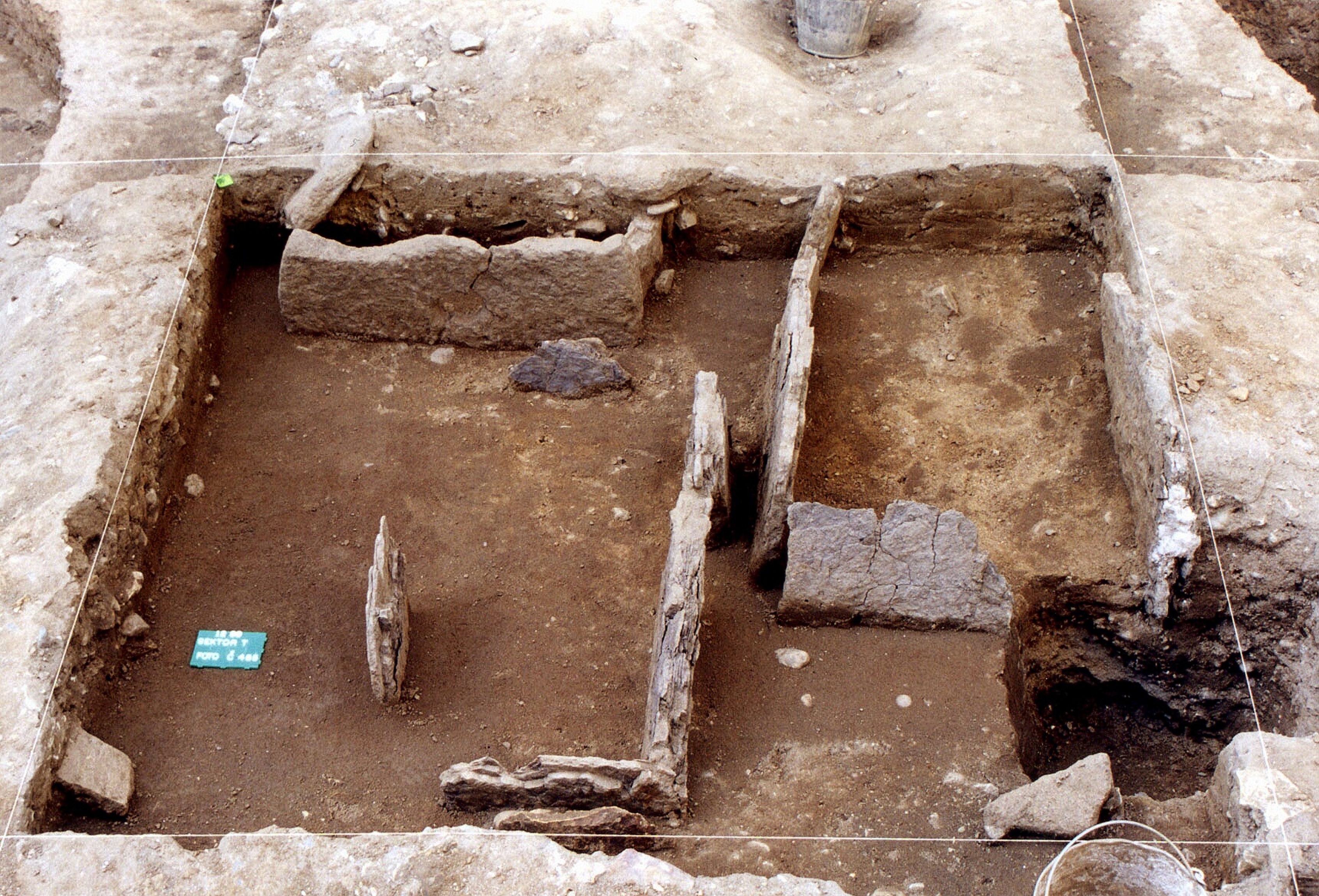 Valuable information was gained concerning burial rites, which are known only from documentary sources. We can conclude that in praxis the rite was not so strict and rigid as formerly presumed. The excavation revealed anomalies not mentioned in written sources (plaener or slate sheets lining the grave pit, slate scutes on eyes or mouths, pebbles placed by the ankles, the use of nails on coffins, a mass grave etc.). Altogether 401 graves were found, some of them were left unexcavated in the yard of the house no. 72/II. The bodies were always placed in wooden coffins; the grave pits are dug tightly next to each other with clear a attempt not to trespass into neighbouring graves. The graves are oriented west – east with the head to the west in the direction of Jerusalem; in many cases the orientation is slightly moved to northwest. Within the surrounding medieval settlement the Jewish cemetery with adjacent Jewish houses form a specific and extraneous element. Thanks to a relatively strict demarcation this enclave can be individually surveyed unlike other areas of medieval Prague. The site is unusual even from a European point of view, since few similar sites have been excavated and published so far. Comparative excavations were undertaken on some sites in Spain (Montjuich by Barcelona), in England (York) and in France (Ennezat at Clermont-Ferrand). In Bohemia no other Jewish cemetery has been excavated, but in Moravia Jewish graves were found in two cases – in front of the Main railway station in Brno and in Šerhovní street in Prostějov.

Further research of Jewish cemeteries in Europe is more or less precluded by the attitude of the Jewish religious communities, which forbid any interference with Jewish cemeteries. Therefore the cemetery excavation in the New Town is of great importance. A grant project was therefore realised for 2005–2007 “The archaeological excavation of the Jewish cemetery at the Prague New Town and its importance in a European context” (GAČR, reg. no. 404/05/P292). Further analysis should compare this excavation with other excavations in Europe, mainly regarding the burial rite. Attention is given to grave orientation, the position of the body, the coffin furnishings and the grave goods (or their absence). Also the surface alteration of the cemetery and the organisation of the cemetery is explored, with a possible use of the anthropological survey (for example the question of the children graves accumulation to a certain part of the cemetery, etc.).