***Lecture has been cancelled***

In the past, during the preparatory works on mapping the current status of the Old Jewish Cemetery in Prague (the oldest dated gravestones are from 1439), which resulted in a catalog of the 150 oldest gravestones, an attempt was made for a complete inventory of medieval Hebrew epitaphs in Moravia, and a comprehensive edition of the Hebrew inscriptions in Cheb / Eger was published. In recent years a complete revision of medieval Hebrew epigraphic material stored in the museum’s depositories was conducted, and some rescue archaeological excavations in Brno, Olomouc and Prague were carried out, with findings of many other unknowns Hebrew sepulchral inscriptions. We are dealing with 184 relevant Hebrew inscriptions or fragments (sepulchral, synagogal and memorial) from ten medieval sites, five from Bohemia (Cheb / Eger, Kolín, Litoměřice / Leitmeritz, Prague and Vysoké Mýto / Hohenmaut) and four from Moravia (Brno / Brünn, Olomouc / Olmütz, Slavkov u Brna / Austerlitz and Znojmo / Znaim). 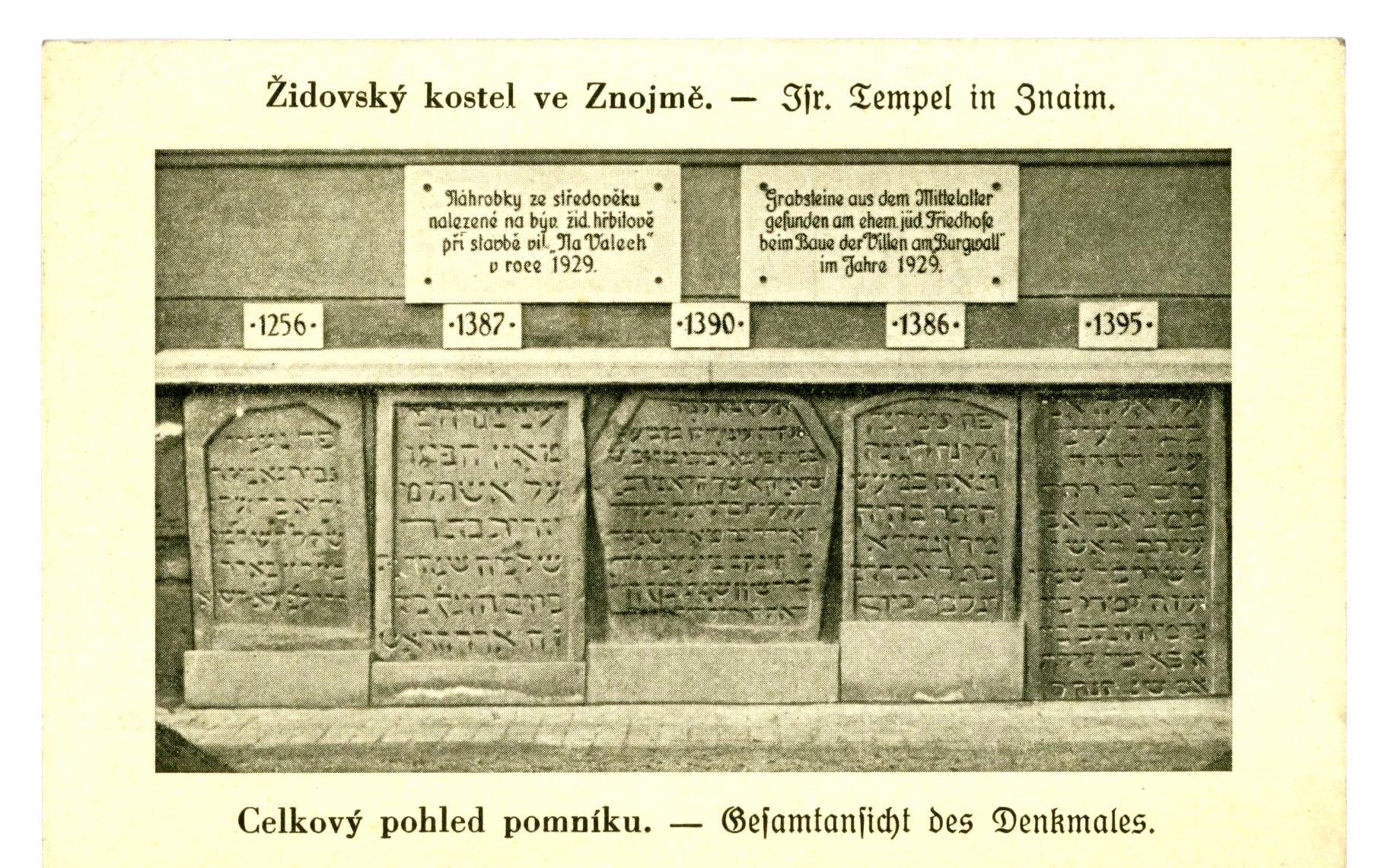 Scientifically organized corpora of these documentary finds exist only for the Old Jewish cemetery in Prague and Cheb (Eger), elsewhere other inscriptions are reported in various regional publications, mainly from Moravia. Dozens of inscriptions remain inedited. Many others were destroyed during World War II, but were formerly copied and can be retrieved from the local historians, hebraists or historical literature of the 19th and 20th cent. 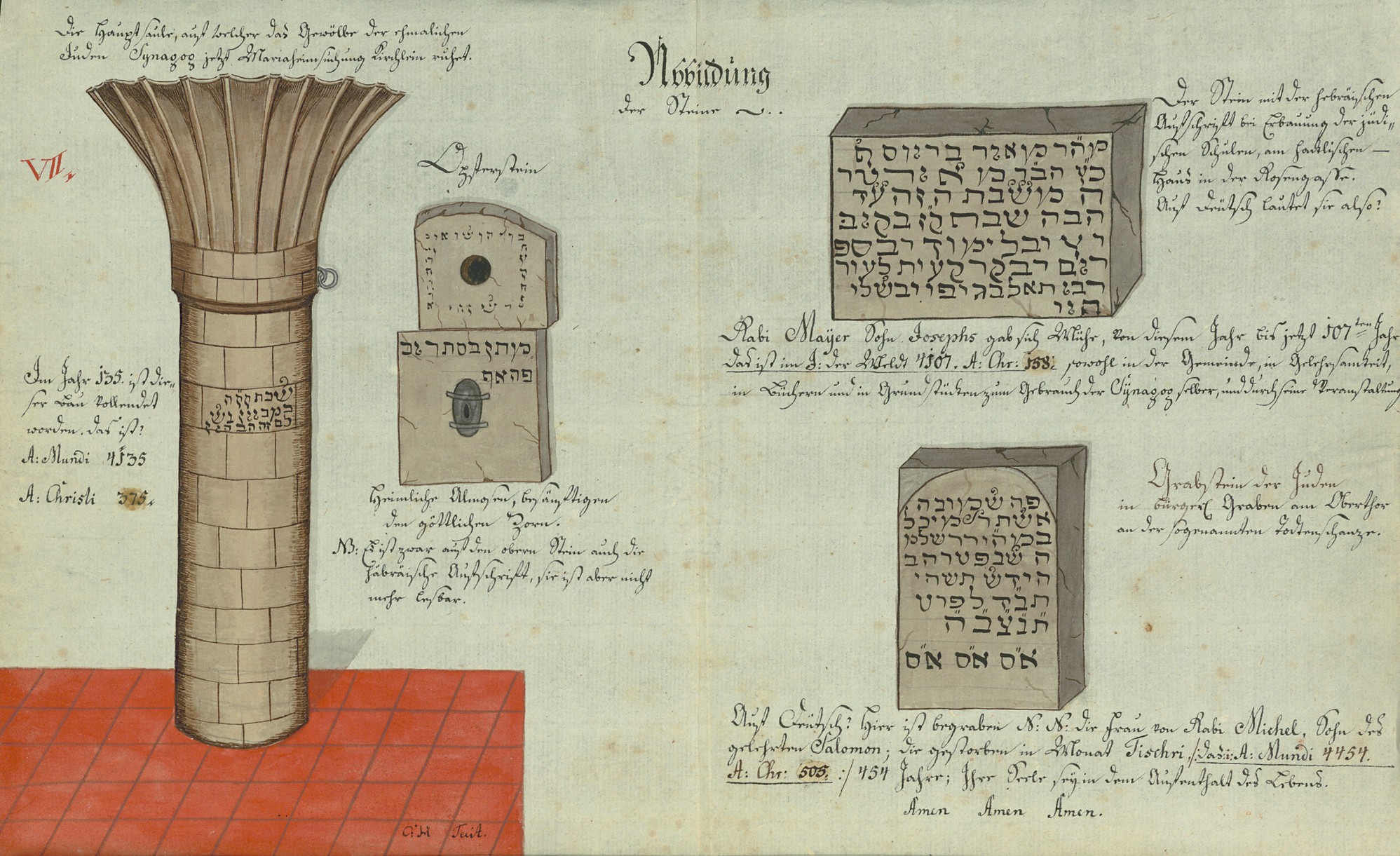 A relatively small number of medieval Jewish gravestones are conserved in situ in the ancient cemeteries of Prague and Kolin. The vast majority of the surviving fragments were used secondarily as building materials, city walls, loopholes, wells, windows etc. We can find some unique inscriptions, as a memorial stone of the Jewish prisoners, child gravestone or fragment of the unfinished inscription, on which the first line is engraved, while the second line is only indicated by a red line pattern. This paper presents a summary of the current state of research of medieval Hebrew inscriptions in the Czech Republic and their specifics in the Central European context.